It’s had a rich history and many homes, but never an official name.

For more than 75 years, the oversized mural has been a staple in the United Auto Workers Local 174 union halls, serving as a backdrop for decades of the union’s efforts supporting workplace rights and social welfare, including the personal work of Walter P. Reuther as he rose to prominence. 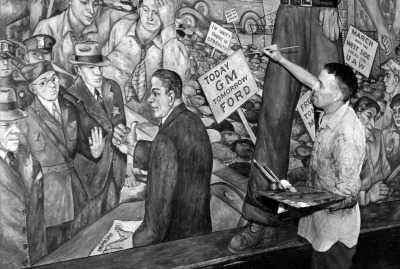 Known now by many UAW members simply as “The Mural,” the untitled artwork was commissioned by UAW Local 174 in 1937 and was painted by renowned Detroit artist Walter Speck at the Local’s original headquarters in Detroit. The Speck mural — which measures an impressive 9’ x 20’ — has been painstakingly moved as the headquarters changed locations over the years. While it has been seen by generations of UAW members and their families, it has been largely hidden from public view — until now.

The mural will be unveiled to the public in a ceremony at the Reading Room on Friday, Oct. 21, as part of the 38th Annual North American Labor History Conference, which will be hosted on campus that week.

UAW Local 174 has agreed to deed the painting for public display at Wayne State University’s Walter P. Reuther Library of Labor and Urban Affairs, where it will be permanently displayed in the Reading Room.

“It’s a huge undertaking to move the mural, but the Local 174 members have felt so strongly about its preservation that they’ve done it three times. They’ve taken such great pride in and care of it for decades, and now they want it to be available to a broader audience,” said Elizabeth Clemens, an audiovisual archivist at the Reuther who has worked closely on the project. “We’re honored that they’ve selected the Reuther as its new home.”

Although it’s unclear whether the Speck mural was funded by the UAW or the federal Works Progress Administration (WPA), it is clear that — like many other New Deal-era murals — the work was heavily influenced by Diego Rivera’s Detroit Industry murals. The untitled work, known by some as “Ford Riot,” portrays the worker heroically in its documentation of the UAW’s history and significant events, including depictions of the 1936-37 Flint sit-down strike, the Local 174’s first contract, and the “Battle of the Overpass,” in which Walter Reuther, Richard Frankensteen and other UAW organizers were beaten by Ford security as they leafleted. 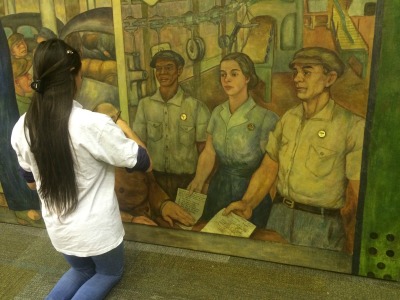 “The piece glorifies the worker and celebrates the ‘everyman.’ While most of the people portrayed in the work can be identified as historical figures, there are some who are just general workers,” said Clemens. “Among those general workers, Speck included women and African Americans. In 1937, that level of inclusion was significant.”

The “everyman” workers in the mural include a male autoworker uniting with a female industrial worker who carries the Congress of Industrial Organizations (CIO) flag — symbolizing the solidarity of the two organizations — and a handful of unnamed workers who have dimensional historical union buttons glued to their shirts.

Beyond its historic impact, the piece is also special because, according to Clemens, the vast majority of artwork created in Detroit through New Deal programs has been lost or destroyed.

“Most WPA artwork didn’t survive. The murals were produced in schools, libraries and other public buildings,” said Clemens. “Unfortunately, whenever a building would come down, the art would be lost with it. The Speck mural truly is a treasure.”

It survived largely due to the dedication of union members, and the mural’s restoration garnered wide support.

“We are fortunate that the members of West Side Local 174 of the UAW preserved this piece for the last 75 years,” said Erik Nordberg, director of the Reuther Library. “We are equally honored that they have entrusted us with its continued care.”

Members and retirees of UAW 174 contributed funds to support the restoration, with additional funding provided by Wayne State University, the Michigan Labor History Society, grants from the Michigan Council for Arts and Cultural Affairs, and the National Endowment for the Humanities, as well as gifts from other private individuals. 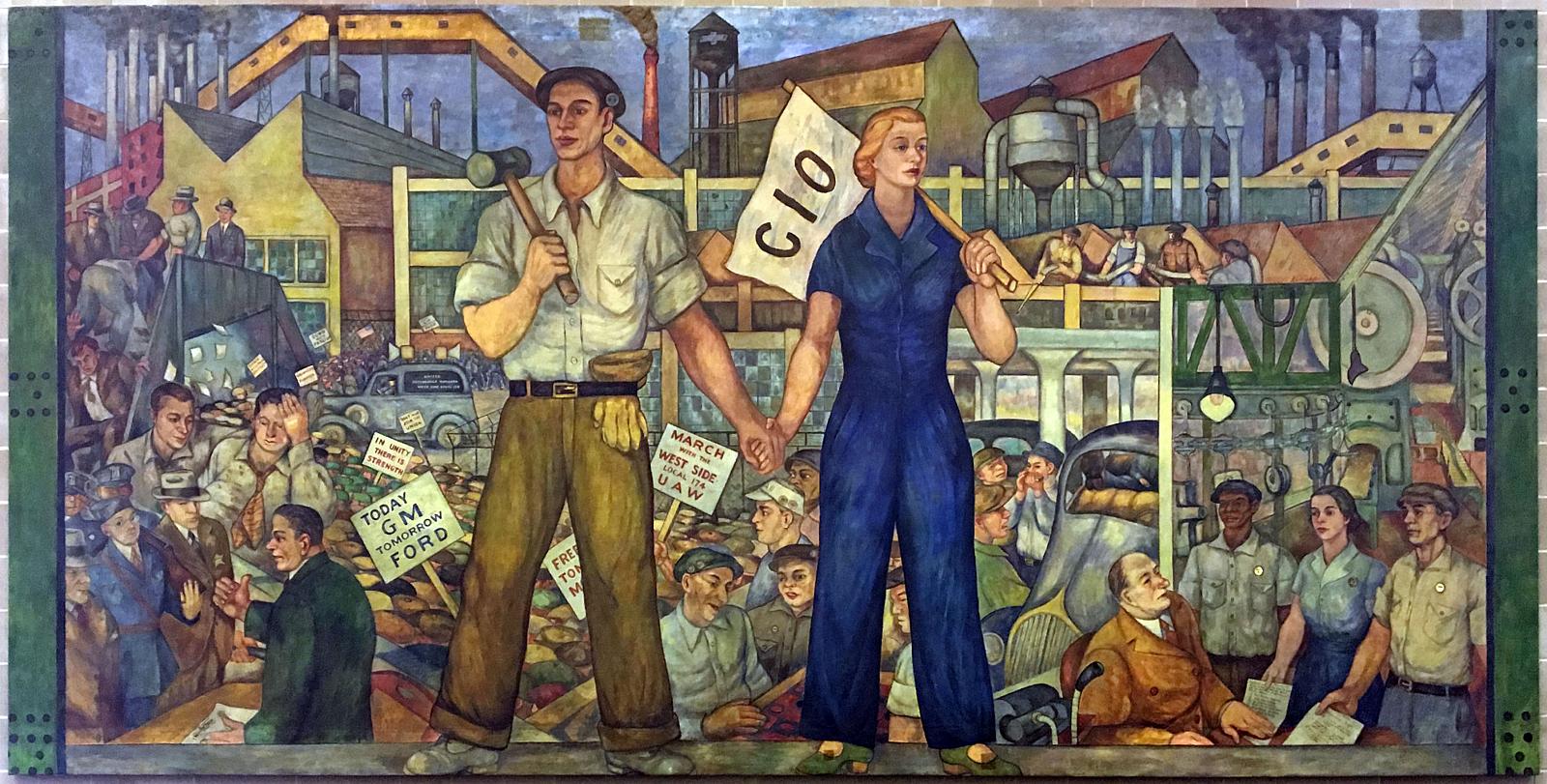 The mural was carefully restored by Ken Katz and professional staff at the Detroit-based Conservation and Museum Services. It took more than a year to restore the mural, a process that involved removing decades of staining and returning the work to its full size and original color palette.

The Speck mural is a welcomed addition to the collection of New Deal artwork already housed at WSU and in the Midtown cultural district, including William Gropper’s “Automotive Industry” mural in the Student Center, “The Adventures of Tom Thumb” bronze statue at the Detroit Public Library, and the large collection of WPA artwork housed at the DIA.