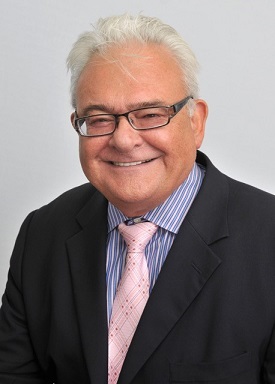 Kenneth Honn, Ph.D., distinguished professor of Pathology and of Oncology for the Wayne State University School of Medicine, has been selected to receive the prestigious Chancellors Award from Louisiana State University.

Sixteen Nobel Prize laureates have received the award since its inception in 1985.

Dr. Honn will deliver the Chancellor's Award Lecture in Neuroscience and Medicine at the LSU Health Sciences Center at the LSU School of Medicine's Neuroscience Center of Excellence on April 24. He will present "12 Lipoxygenase, 12 (S)-HETE and 12-HETER receptor axis: Then, now and tomorrow."

"I am deeply humbled to receive this honor to deliver the Chancellor Award Lecture at LSU," said Dr. Honn, who also serves as director of the WSU Bioactive Lipids Research Program. "Scientists from around the world have delivered lectures in this series, including 16 Nobel laureates. I do not pretend to walk in their shoes, but my story to tell is on the history of 12 Lipoxygenase, 12 (S)-HETE and 12-HETER, which has now been implicated as a therapeutic target in cancer, Parkinson's disease, Alzheimer's, liver fibrosis, diabetes, rheumatoid arthritis and other diseases with underlying inflammatory mediators."

Nicolas Bazan, M.D., Ph.D., professor and director of the LSU Neuroscience Center of Excellence, said Dr. Honn was selected to receive the honor because of his creativity and academic leadership in the field of cancer, bioactive lipids research and related areas of medicine.

"The award recognizes (Dr. Honn's) innovative approaches for cancer and bioactive lipids through multidisciplinary research and education," Dr. Bazan said. "The award will especially acknowledge (his) discoveries on bioactive lipids, and integrin receptors in tumor progression that are helping to gain an insight on mechanisms and that are opening avenues for possible therapeutic approaches."

Dr. Honn also is an adjunct professor in the WSU Department of Chemistry and serves as a member of the Cancer Biology Graduate Program and of the Barbara Ann Karmanos Cancer Institute. He is the founding member and president of the Eicosanoid Research Foundation and chair of the International Conference on Bioactive Lipids in Cancer, Inflammation and Related Diseases, a bi-annual international conference he initiated in 1989.

Dr. Honn has more than 35 years of experience in the field of cancer, inflammation and bioactive lipids.

In addition to his research on bioactive lipids in tumor progression, he has collaborated with scientists at the Perinatology Research Branch of the National Institutes of Health for six years, studying the role of lipids in human parturition, in particular, their role in preterm labor and term labor.

Research efforts in Dr. Honn's laboratories have been directly responsible for six clinical trials, and he holds 17 U.S. patents, seven of which include generation of novel chemotherapeutic/radiation sensitizing compounds. Due to his translational research, a drug development program has identified a candidate lipoxygenase inhibitor, which is being readied for clinical trial.

Dr. Honn is the author of more than 300 published works. He received a citation from the Wayne State University Board of Governors as the most cited scholar at WSU. He has had continuous external funding with more than 50 grants totaling more than $25 million. He has and continues to serve on numerous study sections reviewing grants for the National Cancer Institute and the United States Department of Defense, and provides consultation to pharmaceutical companies.

He is a member of the editorial boards of 12 scientific journals and is co-editor in chief of Cancer and Metastasis Reviews.