It takes a village, some cattle, and a new merit scholarship to support Brazilian student's return to WSU for graduate studies

The first recipient of a $3,000 Graduate School Dean’s Merit Scholarship for Brazil Scientific Mobility Program (BSMP) alumni is using the award, coupled with a return on investment in cows, to realize her dream of coming back to Wayne State for her master’s.

Delighted to be back on campus for two years is engineering technology student Tarciana Alves Almeida, a member of the BSMP cohort that arrived in 2014 for a year of study and internship. The Brazilian government-sponsored initiative, administered through the Institute of International Education, granted 100,000 emerging student leaders the opportunity to study abroad at the world’s top universities. Wayne State hosted 370 BSMP students between 2013 and 2016. 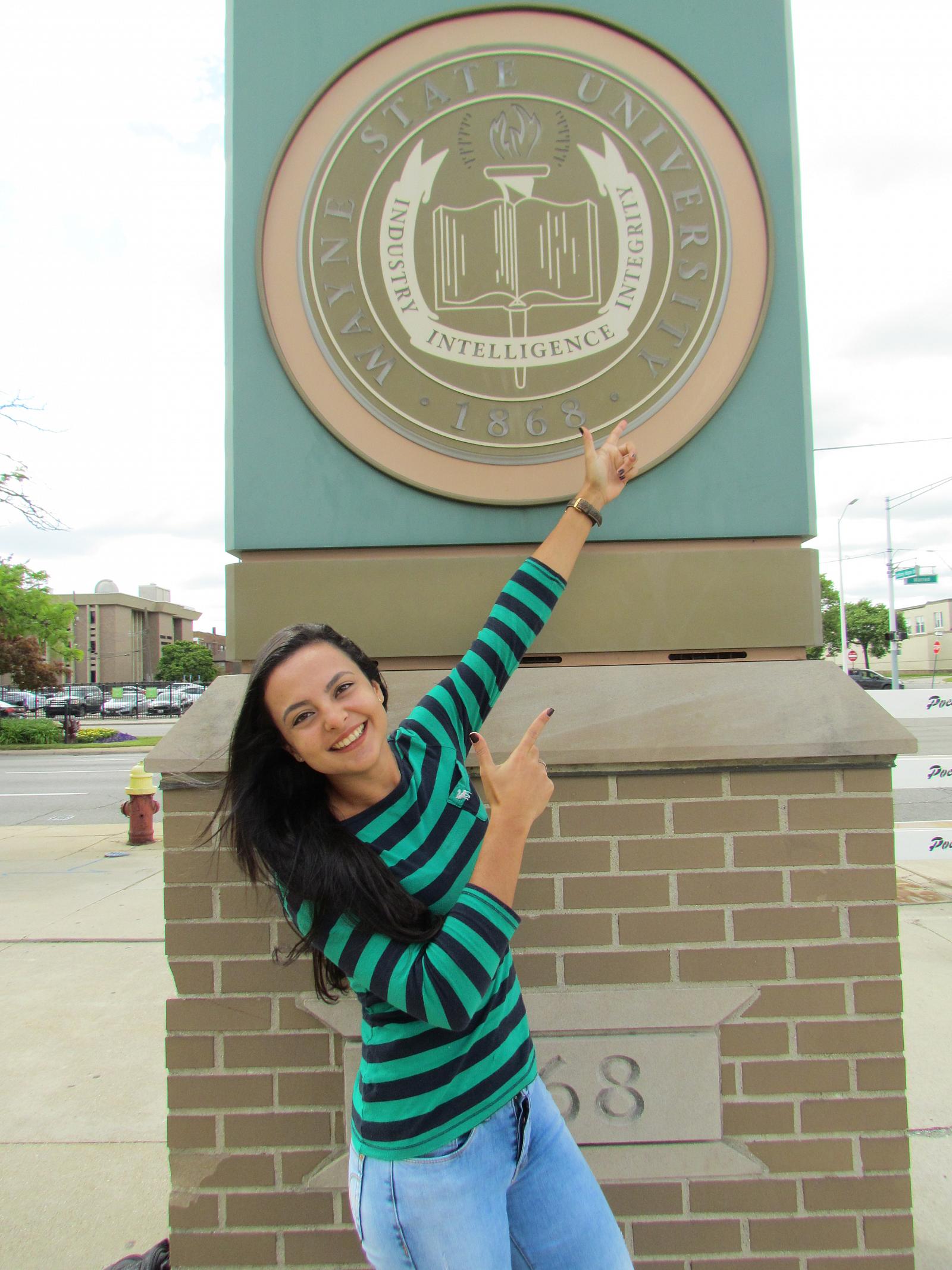 For a college student from a small rural village in Brazil, being placed on a large, urban campus was somewhat overwhelming but, Almeida says, the welcome from the Office of Study Abroad and Global Programs staff, and the continued support of Study Abroad Assistant Lisa Kyle, was so helpful that she knew if she returned to the U.S. for graduate studies, Wayne State was her first choice.

“When I arrived as a BSMP student, I was amazed how large was the university,” she says. “When I returned this year, I realized how inspired I feel when I am here; the future is opening for me.”

Through BSMP, she enrolled in intensive language instruction through the university’s English Language Institute followed by College of Engineering courses with hands-on projects and opportunities for research that were “energizing.”

A paid summer internship at Bosch, which she landed during a visit through the Society of Automotive Engineers’ “Engineer for a Day” program, was a catalyst for her graduate school plans.

Returning to Brazil and consulting her father, a cattle and dairy farmer in Lagarto-SE, Almeida used her earnings from Bosch to purchase 25 heads of cattle. As investments were maturing, she received her bachelor’s in electronic engineering from the Universidade Federal de Sergipe, and started a graduate program there in the same field.

Something was missing, she says, and she found herself yearning for studies that put theory to practice, rather than note-taking.

The decision to leave her family again to study abroad stirs a mixture of emotions, but Almeida says they realized WSU offers her an education she wouldn’t find in Brazil.

A student whose academic gifts were recognized in grade school, Almeida is proud to say that the financial support of family and friends, the return on her livestock investments, the merit scholarship and a part-time campus job will meet the costs of her schooling.

The merit scholarship is renewable for up to four consecutive semesters, helping Almeida map out the next two years. When asked about her career plans, she is torn about working in the United States for a year, as her student visa allows, or returning to Brazil right away.

“I know there are opportunities for me here, but I also believe that the education and experience I am receiving can help me make life better for my family and the people in my country,” she said.

The Office of Study Abroad and Global Programs is a unit of the Office for International Programs, which leads Wayne State’s global engagement by creating opportunities that foster international education and research, facilitate the exchange of individuals and ideas that promote global competencies and citizenship, and provide resources that support the expansion of the university’s global agenda.