When Joshua Duchan decided three years ago to write a book about Billy Joel, he hoped to score a brief phone interview with the Piano Man.

Never in Duchan’s wildest dreams did he expect to have lunch in the singer-songwriter’s home near Oyster Bay, New York. Yet, there he was, enjoying a Caesar salad and receiving a lesson from Joel on the correct way to eat oysters.

“When I started the project, I told myself that I would try and get in touch with him. I did not expect to succeed,” says Duchan, 37, associate professor of music history at Wayne State University and interim graduate officer for music. “I planned it as such that I could write the book without him. It wasn’t absolutely necessary for me to do what the book set out to do.” 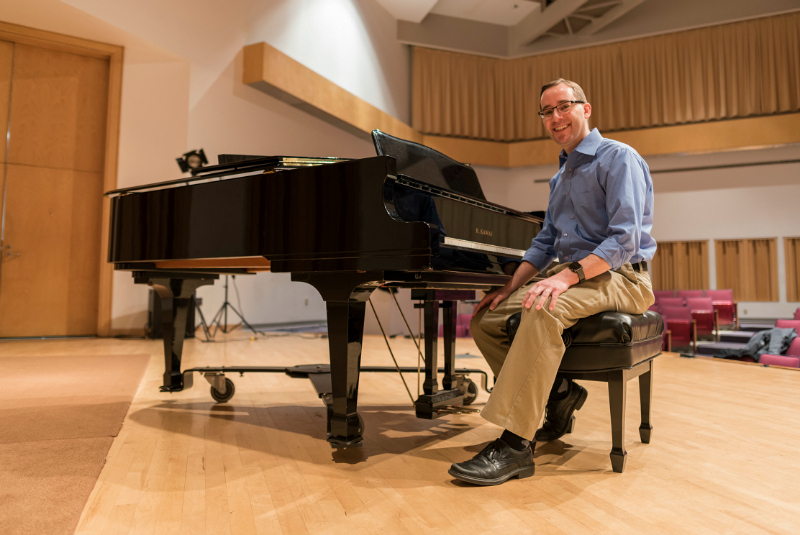 Duchan’s book, “Billy Joel: America's Piano Man,” will be available June 16, 2017, and looks at the singer’s career and music. It explores the unique ways Joel channels and transforms the cultural life of a changing America over four decades into bestselling song after song and album after album.

Duchan spent four hours at Joel’s home in late 2015, much of that time with the singer-songwriter behind the piano.

“We sat there and he played for me. We talked through a lot of his music,” Duchan says. “It was a really wonderful meeting and he was super nice. He was eager to talk about everything. He even remarked to me, at one point, that he’s at the point in his life and career where he is ready to talk about his songs, what they mean and why they were written when they were written.”

The book delves into Joel’s endeavors as a musician, lyricist and commentator on questions of geography and regionalism, politics, working- and middle-class culture, human relationships, and the history of music itself. Duchan draws on key songs from Joel’s career to explore each theme, from his folk-like lament for Long Island’s changing industry and lifestyle in “The Downeaster ‘Alexa’” to his emotional ode to Vietnam veterans in “Goodnight Saigon.”

“This is not a Billy Joel biography,” Duchan is quick to point out. “What I set out to do in the book is to discuss groups of his songs that speak to particular themes.” 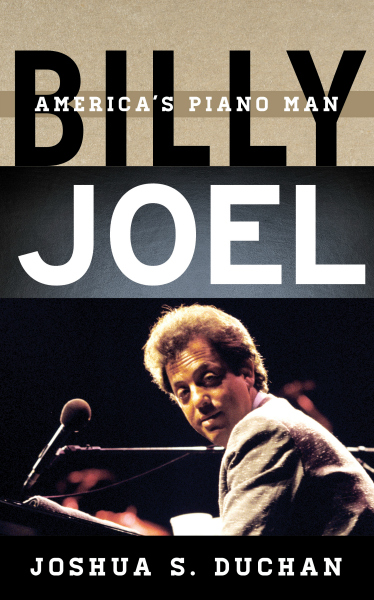 For example, there is a chapter about places. In it, Duchan discusses tunes such as “Los Angelenos” and the relation to Los Angeles, “New York State of Mind” and the Big Apple, and several songs about suburbia.

“I analyzed the songs and tried to explain what they are saying in the lyrics but also in the music. That was very important to me, all along,” Duchan says. “I also looked at what was happening in American history, culture and society that would've made this a topic that was interesting to him and his listeners.”

On the back cover of the book, Joel gives Duchan's work his blessing and a ringing endorsement: “This is the most comprehensive and accurate analysis of my work that I have ever read. Joshua S. Duchan has done a brilliant job explaining the many intricacies involved in the construction of the music I have composed and [providing] an insightful interpretation of my lyrics as well.”

Going back to that serendipitous lunch date at Joel's house, it did not happen all at once. It evolved, beginning with an initial Google search to find some sort of contact information for the singer. The search turned up a company asking for the low, low price of $10,000 to obtain a celebrity's information. “I knew that was nuts,” Duchan says. “There was no way the department chair was going to give me $10 grand.”

After tracking down Joel's publicist through some connections (Duchan's two younger brothers work in the entertainment industry), he was able to get a one-hour phone interview in early September 2015.

“I had to pitch my idea to his publicist, tell her what I was going to ask. Basically, what I was after,” Duchan says. “They brought the idea to Billy and asked, 'Do you want to talk to this guy or not?' And he says yes.”'

The two spoke during that one-hour phone conversation, with Joel interested in what Duchan was asking. Particularly when Duchan asked not just what the songs were about but why Joel chose certain chords. After the 60 minutes were up, Duchan, not Joel, said he had to end the interview.

"By the end of the conversation, Billy was willing to keep talking. But I had to go teach a class,” Duchan says. "I shared with him that I had received a grant from WSU's College of Fine, Performing and Communication Arts that I had budgeted in some travel funds. I told him that I was able to come to him and meet him somewhere, preferably somewhere with a piano. And that's when we connected one month later at his home on Long Island.”

Take a closer look at Duchan and his new book.

‘Immersed in the music’

Growing up in Connecticut, Duchan, the son of two New Yorkers, has his parents to thank for introducing him to Joel’s musical catalog. He fondly remembers sitting in the back of his parents’ car, being shuttled around from school to after-school activities, with Joel’s tapes serving as the soundtrack. Among Duchan’s favorite tunes is “Summer, Highland Falls” off the 1976 album Turnstiles.

“I was immersed in the music,” Duchan says. “I took piano lessons in first grade and continued into college. I learned early on, much like Billy did, that I enjoyed Broadway showtunes and popular songs a lot more than classical music. As a middle schooler, I enjoyed figuring out the Billy Joel tunes.”

Before joining Wayne State’s faculty in 2011, Duchan taught at Kalamazoo College and Bowling Green State University. He earned his Ph.D. in ethnomusicology — the study of music in its cultural context — from the University of Michigan with a dissertation on collegiate a cappella groups. 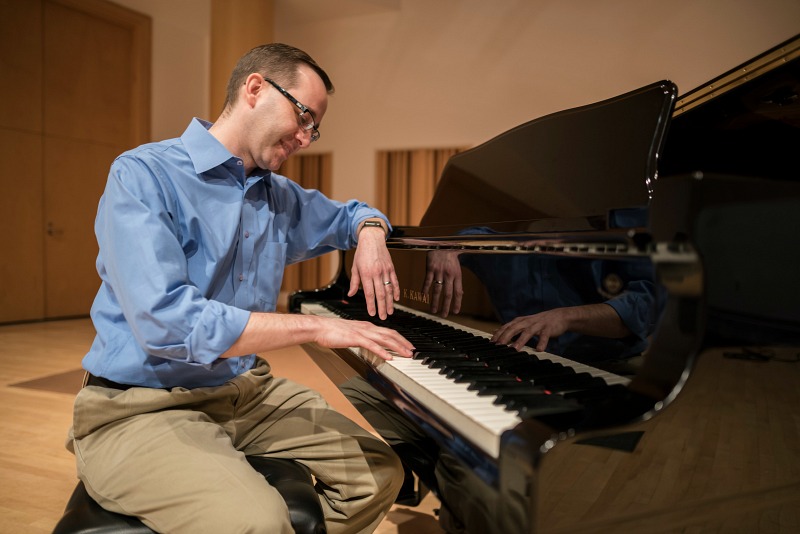 “In my family, we like to joke that I am the second member of the family to go to the Midwest — specifically, Michigan — and never come home,” Duchan says. “I’m the second one to come here, meet his wife and settle down.”

At Wayne State, Duchan teaches undergraduate and graduate courses in music history, world music, popular music and ethnomusicology. Outside of teaching, he remains an active participant in the regional and national a cappella scene as an adjudicator, arranger, clinician and producer. One of the things Duchan says he loves the most about teaching at WSU is the diversity of the students.

“I remember teaching a class and playing a particular piece of music from Africa,” he says. “One of the students raised her hand and said, ‘My grandmother used to sing me that song.’ You’re not going to find that at many other places. I really appreciate that that diversity doesn’t just enrich my class, but probably enriches every class at the university. That was amazing to me and is one of the many reasons I truly enjoy teaching at Wayne State.”

Being an ethnomusicologist also helped Duchan take a different approach to Joel’s work. Whereas other writers, biographers and journalists were more concerned with the ups and downs of the singer’s personal life, Duchan focused solely on Joel’s music.

“The first class I ever took in ethnomusicology was in college. We were allowed to write a paper on whatever we wanted,” Duchan says. “I nervously pitched a Billy Joel album as the topic and the professor approved. From that point on, I was in love with ethnomusicology and in studying Billy’s music, just like one would study Mozart or Beethoven.”

‘It’s Still Rock and Roll to Me’

Aside from the book, Duchan also parlayed his love of all things Joel into an academic conference — with some help. Years ago, Duchan’s work in the a cappella circle caught the ear of Ryan Bañagale.

“I had known Josh from afar while a graduate student because of his work on college a cappella, in addition to the fact that he was doing his work at University of Michigan,” says Bañagale, an assistant professor of music at Colorado College. “When Josh’s research turned toward Billy Joel, I continued to follow his work with interest.” 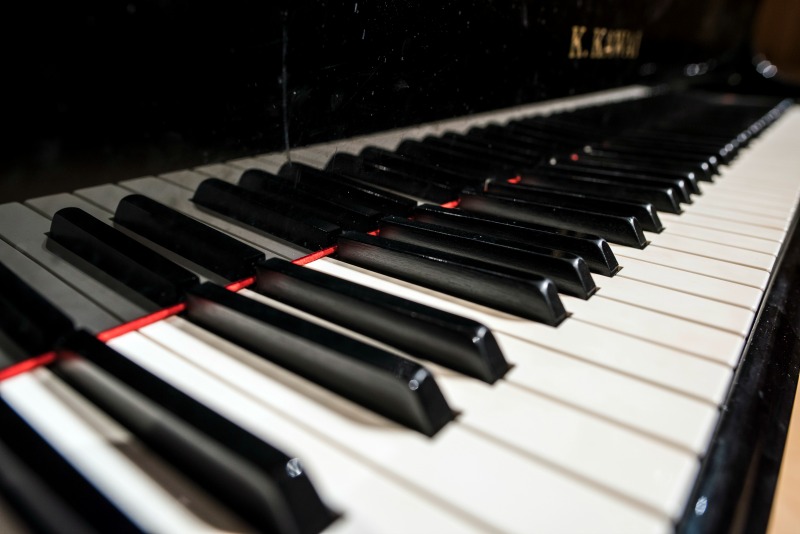 Bañagale is also a big fan of Joel’s music. So it was natural for the two to team up to co-organize It’s Still Rock and Roll to Me, a two-day conference held in October 2016 at Colorado College on Joel’s music and lyrics. Bañagale expected it to be just a handful of scholars with a few dozen people in the audience. Instead, 400 fans and scholars attended to hear the presentation of nearly 30 academic papers written by musicologists and educators from as far away as Africa.

“When my initial ideas for the conference began to take shape, I knew I couldn’t do it without Josh. Working with him was a wonderful experience,” Bañagale says. “From the beginning it was a wonderful collaboration. His depth and knowledge of Billy Joel is unmatched in musicological circles. I feel that together we assembled a program that really allowed for a wonderful exploration of the current interest and potential for studies on Joel’s music in the future.”

During the symposium, the two even conducted a live phone interview with Joel broadcast to the audiences as the keynote event. “It’s not every day you get to have a whole conference about somebody’s music and then you get to ask them about it,” Duchan says.

As for what’s next, Duchan and Bañagale are planning an edited volume of essays, in which they hope to include further developed versions of the presentations offered at the conference.

As for Duchan’s next book? “Tentatively,” he says, “I’m thinking of James Taylor.”

This story originally appeared in the Spring 2017 edition of Wayne State Magazine. Photos by Matthew Garin.