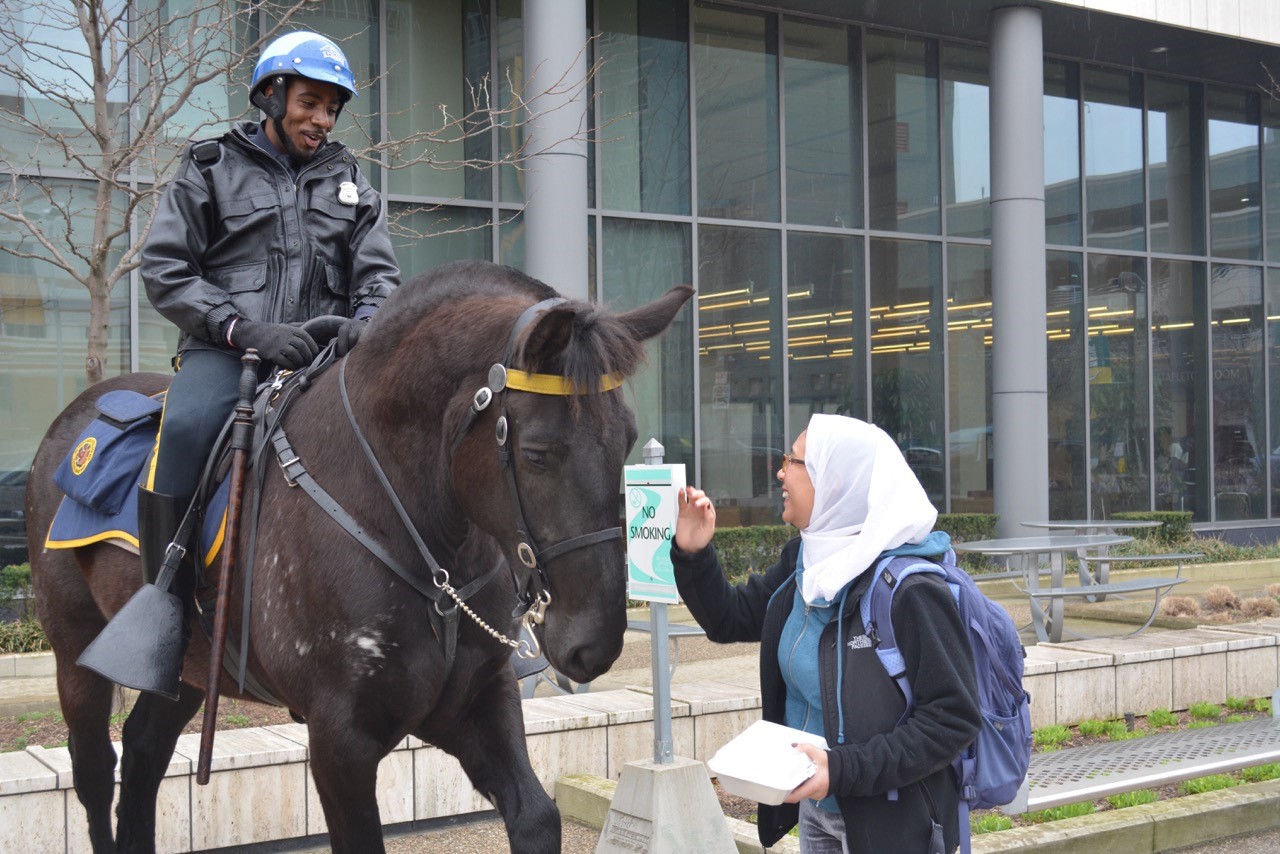 The Wayne State University Police Department is adding a mounted unit to its impressive array of policing tools.

Officers Brandon Murphy and Lynnette Scott, both experienced riders, are concluding training and will soon begin patrolling campus a few days a week, year round.

The Detroit Police Department has six horses, but not as many mounted officers, so it offered use of its horses. The horses are housed in a barn in Palmer Park.

“This is a win-win,” says Wayne State University Police Chief Anthony Holt. “The number one crime deterrent is police presence, and we are adding a very interactive and visible policing unit. We’ll also be helping DPD by exercising its horses on a regular basis.”

In addition to patrolling campus, the WSUPD Mounted Patrol will assist the city with major events, including Tigers games.

Murphy, who served on the Wayne County Sheriff’s Mounted Unit prior to joining the WSUPD last year, is enthusiastic to get back on a horse.

“This is a great way to do police work,” said Murphy. “People come up and talk to you and want to see the horses up close. It’s a good opportunity to interact with students.”

Scott had never had a formal riding lesson, but rode horses with friends growing up. She began riding again recently with her daughter, who owns two horses.

“There’s just something about horses that people just love,” said Scott. “As far as a deterrent, I think it’s going to be great. These guys are so big they’re hard to miss, yet we’ll be able to patrol areas — such as alleys — that you can’t in a squad car.”

Murphy and Scott are going through six weeks of intensive training, including riding without a saddle the first three weeks to get comfortable with the seat of the horse and enhance their balance.

The training and the mounted unit job also includes daily grooming, feeding and cleaning up after the horses.

The Detroit Police Department’s Mounted Police Division — one of our country’s oldest, was established in 1893. At its peak, the division had five barns, 80 officers and more than 60 horses. Today, its six horses are housed in one barn. They patrol 365 days a year, weather permitting.